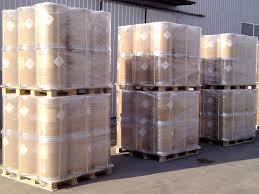 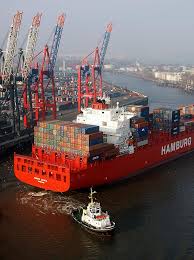 A brief excursion over the last 4,600 years in headlines;
a private non-complete information collected by Mr. Jens Kehrhahn over the years

980- 1032
Avicenna, a Persian doctor wrote a dissertation about illnesses and pharmaceutical products

1240
Friedrich II., granted to the pharmacists in the German kingdom at his time "scientific independence" from the medical doctors and medical authorities

1617
King James I. in London founded the first Pharmaceutical Society

1820
in Paris Pelletier Caventon invented production of Quinine by extraction

1878
First United States Pharmacopoea (USP) was published; Dr. Squibb was one of the co-publishers

1894
discovery of a diphtheria antitoxin by Behring & Roux - a biological product made from microorganisms: since then many serums and vaccines were developed and made available to actually heal a growing number of illnesses

1940- 1950'ies
development of chemotherapy by the French pharmacist Ernest Fourneaux

1982
In Germany, the costs for healing illnesses caused by wrong eating habits reached a shocking volume of D-Mark 80 millions. A multifacultative group of scientists, requested by German Federal Ministry of Health to research reasons and origin for such "sensation" comes to the conclusion that the origin must be seen in changed eating habits of the Germans, in "fast food" as well as that mass-produced fruits and vegetables which merely lost their nutritioning effect (e.g. tomatos cultivated on water-pipes instead inside the earth).
Out of that original group of scientists a Hans-Guenter Berner of Kiel in North-Germany starts to develop CELLAGON AURUM as answer to the questions from those new discoveries: a FOOD ADDITIVE produced (i.e. blended, not chemically manufactured) from only top quality fruits and vegetables.

2004
In the entire German-speaking area as well as in further European countries a constantly growing number of consumers - among them German Olympic sportsmen and -women - recognize the multiple, fantastic yet analyzable effect of CELLAGON AURUM: for information please contact directly H.-G. Berner GmbH, Hasenholz 10 in 24161 Altenholz, Germany  (internet-address http://www.h-g-berner.de/ and here: http://www.cellagon.de/engl/index.html)

2004
The tragic expansion of AIDS as well as new illnesses caused by new dangerous viruses have brought "SARS", Birdflue and Denghi fiever to the attention of humans on all continents: and everywhere on earth pharmaceutical-medical scientists work most intensively to develop answers in form of new medicaments...

2007
datino-med.com started off its' operation !